Do your protagonist or leads have to be relatable?

Relatability is thrown around a lot in discussions about what makes good and bad fiction. If you’re creating any kind of fiction, it helps you get and keep an audience if they have some prominent character at least to connect with in the story — someone who’s sympathetic or is going through a relatable experience.

I thought about this recently when I read through the first few volumes of the manga Ijiranaide Nagatoro-san, officially published as Don’t Toy With Me, Miss Nagatoro. This manga caught my attention because 1) it’s been getting a lot of talk ahead of an anime adaptation planned for sometime in the near future, and 2) it’s apparently extremely divisive, with some readers loving it and others dropping it almost immediately. To me, something so divisive has to be interesting, so it’s probably worth checking out even if I end up not liking it.

And I can see why someone might drop this manga after reading a couple of chapters. Nagatoro-san is another one of those high school romantic comedies that are so common, but its sadistic element sets it apart from the others. Title character Nagatoro is a popular first-year student who fixates on a nerdy loner art-loving second-year, known only as “senpai” throughout, because of how strongly he reacts when she makes fun of him. People have compared it to series with similar setups like Teasing Master Takagi-san, but Nagatoro cranks the mockery level way up. Of course, as in that series, there are strong hints that she’s only messing with him because she likes him; we see later on that poor Senpai is the only guy she treats this way, usually only in private, and when her friends try to get in on the action and mock him a bit too much she gets pissed off and stops them.

After getting past the initially harsh, hard-going couple of chapters, I ended up enjoying the rest of what I read, I think partly because of how well I could relate to the Senpai character. All this guy ever really wanted was to be left alone to paint still lifes of fruit and draw his wish-fulfillment fantasy comics with his self-insert character. Shortly after Nagatoro wedges herself into that peaceful loner life he’s living, she asks him why he doesn’t fight back when she messes around with him, and his answer is telling: he says that when he’s bullied, he just closes up his heart and ignores it until it goes away.

Of course, again, the reason Senpai doesn’t just ignore Nagatoro in the same way is that he likes her too, and this is obviously one of those slow-burn romances where the two main characters will end up together, but will take a hell of a long time to do it because of their clashing character quirks (see also the now-infamous Uzaki-chan Wants to Hang Out!) But the way he handles all the other bullying he deals with, that really hit me in the gut. I shouldn’t project any of my feelings onto the author, but it reads just like it was written by someone who’s gone through the same sort of thing, or at least by someone who was a close-up witness to a lot of that treatment at school. 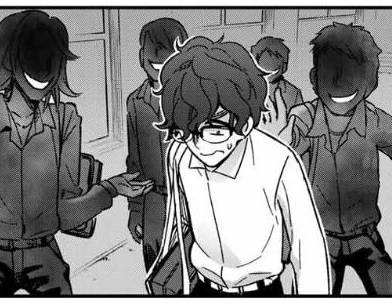 I’m in this manga and I don’t like it

The fact that the protagonist of Nagatoro-san is so relatable to me helped me connect with him and get into the story, which does get quite a bit lighter and nicer when it starts to become clear that Nagatoro is trying to help out and get closer to Senpai, albeit in her own weird, aggressive way. However, it also raised that question of relatability. Does relatability always have to be there to connect with your protagonist and leads?

I’d say it depends on what sort of story you’re trying to tell. A romantic comedy of this kind definitely needs some relatability, since it’s presumably trying to build an emotional connection between the main characters that it wants the readers to get invested in. To use an example from a very different sphere of fans/viewers, the US version of The Office did the same thing with Jim and Pam, two relatively normal, nice characters who many fans wanted to get together. These two were probably more relatable to most than a lot of the other weirdos working in that mid-sized Pennsylvania paper company branch, so it was easier to get invested in the story through their perspectives.*

However, there are works I’ve liked, and even loved, in which the protagonist was totally unrelatable, or in which he was even a complete asshole. For an example of the former, check out Mahjong Legend Akagi. The title character isn’t a bad guy at all, but not because he’s exactly “good” either. In some sense, he rises above basic ideas of “good” and “bad” in the course of his story. As a genius gambler, he knows how to utterly crush his opponents without remorse, and he does so, but what he’s really looking for is a challenge in which both he and his opponent put everything on the line, up to and including their lives. Other characters in the series, almost all crooked cops, shady fellow gamblers, and yakuza members, come to fear him and refer to him as a “demon”, not because he’s evil but because of his sheer talent and just how different and how much more terrifying his ways are when compared with those of the money-driven underworld. 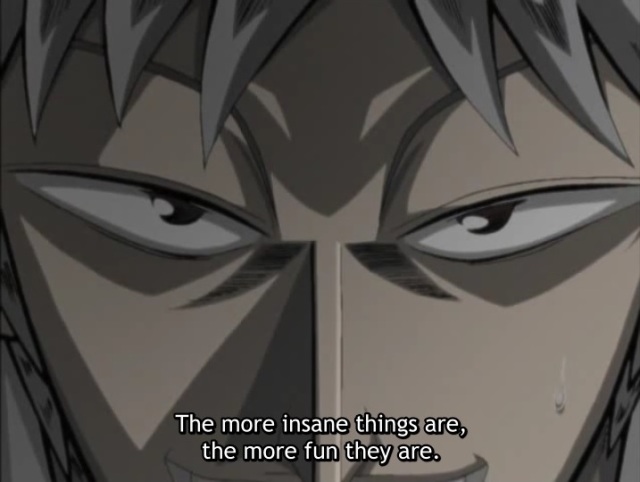 This is a teaser for a future deep reads post, by the way. There’s a lot to say about Akagi, both the character and the series.

Even having an asshole or a plain old criminal for a protagonist can help make for great fiction, however. Up until it started to get stale around the fourth season or so, the US Netflix production of the political crime drama House of Cards did a great job with this, casting excellent actor and now-accused real-life criminal Kevin Spacey as the ruthless, coldblooded House Majority Whip Frank Underwood. Underwood is so ambitious that he’ll do anything for power, and he does a whole lot of evil things to achieve that power up to and including committing multiple murders. There are a few sympathetic characters who take part in the story, and most of them end up crushed and sometimes even killed by one or another of Underwood’s schemes.

While I watched the show, though, I was all in for Underwood. I wanted to see how he would make it to the Presidency, and then how he’d fall from that high office and end up ruining himself. Underwood’s occasional asides, addressed directly to the viewer, helped create this connection. But that’s not quite enough; you also need a compelling story to make this kind of evil protagonist work, and House of Cards managed that for a while at least. Underwood wasn’t relatable, at least not to me, but I was riding along and wanted to see how his ruthlessness and cruelty would play out.

The fact that the character Underwood ended up ruined because of illicit acts his actor was accused of having carried out is quite a weird thing in itself (and the subject for an entirely different post, and really a different sort of blog than mine) but it’s easy to imagine an alternate reality where that story could have played out much more effectively. I have heard that the original UK version of House of Cards told its story in a more effective and compact way, and it had a proper ending too. I might check that out one day myself.

All the Spacey stuff was obviously a problem, but I think the writers had stretched the show out way too long and kind of fucked it up by that point anyway. (Image source)

So when does a protagonist or a central character fall flat or annoy me to the point that I have to drop a series? If the work is trying to portray a shitty, or even a simply unremarkable, character as someone amazing but we the audience don’t see it, that’s when I get genuinely pissed off at it. To me, this is one of the hallmarks of lazy writing: “I want a cool protagonist but I don’t know how to effectively depict one, so all the other characters will say how amazing they are and the reader/viewer/etc. will see it too!”

But it doesn’t work that way. On the contrary, the harder a character like that is pushed without properly establishing why we should like them by showing and not telling, the more I’ll hate them. It’s part of that “Poochie Effect” I wrote about a while ago. Though she has her fans, Marie from Persona 4 Golden was an example of such a character for me. She didn’t really hurt the game, since she was more or less a side character, but the way the game tried to push her was a bit annoying — the temperamental teenager act came off as simply grating, even if there was a lot more behind the character than was evident at first. At the very least, I didn’t feel too compelled to learn about what was behind Marie until I was forced to by the game, and a big part of that had to do with her irritating character traits that I was apparently supposed to find endearing. Or maybe I wasn’t and Atlus are a bunch of sadists too.

So as you can see, I’m no expert. I’m a shitty hack writer myself, so I have to try not to make the kinds of mistakes I’m talking about here when I’m working on fiction. So please tell me if you feel like it: what kinds of characters can you relate to, and what do you think makes for an effective or ineffective protagonist? Do you need to be able to relate to the protagonist or at least to someone in the story to enjoy a work? Do you think this was just an excuse for me to post a review of Don’t Toy With Me, Miss Nagatoro while pretending I wasn’t doing that? I’m interested to know your opinions. 𒀭

* Kevin is still my favorite character, though. At least before they changed him from secretly smart to just plain stupid. It wasn’t quite as bad as what The Simpsons did to Homer, but still noticeable.

18 thoughts on “Do your protagonist or leads have to be relatable?”