As America gets closer and closer to becoming a mainline Shin Megami Tensei game and I start to consider how to maintain a Neutral alignment (still the best alignment, no Law or Chaos for me) I’m finding comfort in music. Today I’ll be presenting two works: another old classic and one of my favorite albums ever, and something new I discovered recently. And as usual, I’ll also be featuring excellent articles from around the community in the past month. 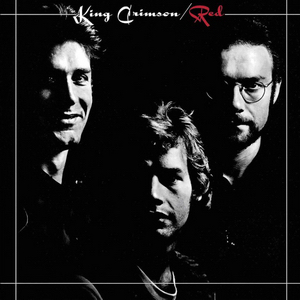 I’ve written these short album reviews for nearly a year, yet until now I haven’t talked about one of my all-time favorites: Red. This album was put together by the second (or third, or fourth, depending on how you’re counting) iteration of the prog band King Crimson, which has changed lineups about twenty million times since it started in 1969. Through the years, the only constant in the band has been guitarist Robert Fripp. The other two guys on the cover are bassist/singer John Wetton (formerly of Family and later of Asia) and drummer Bill Bruford (formerly of Yes, and who’s been featured the most out of anyone in these reviews so far, also on The Yes Album, Close to the Edge, and Larks’ Tongues in Aspic.)

Red is extremely heavy, precise rock, full of memorable songs. The atmosphere this album creates is something to experience — it’s dark but not trying to be “evil” in the way some of the 70s heavy rock and metal was going for. This is one to play late at night during a coffee binge. I love every track except for the improv-sounding piece Providence, and even that’s not exactly bad, just kind of messy-sounding and out of place. But then I know people who love 70s Crimson improv works found on albums like Starless and Bible Black as well, so you might love this too if that’s your thing.

Somehow these guys just broke up right after recording Red and wouldn’t return for seven years, reforming into a totally different-sounding (but still good!) early-80s New Wave band sort of like Talking Heads. Weird stuff, but then Robert Fripp is a weird guy. He’s also responsible for the startup sound in Windows Vista if you remember that thing. Anyway, this is an amazing album that you should check out. 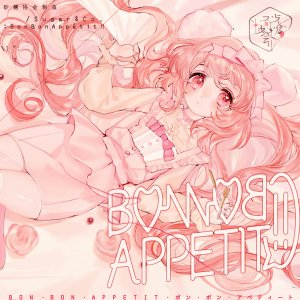 Highlights: it’s only three songs long and they’re all good, but I love SWEETSWEETSWEET

If Red is too dark and stormy to suit your mood, here’s something completely different in tone and style, and something so sweet that it might be dangerous to listen to. Bon Bon Appétit!! is a short EP that I might never have found if not for Muse Dash, the rhythm game I reviewed last month. Ever since learning about future funk a couple of years ago I’ve really liked what I’ve heard of it, and this is in that style, made by Shanghai-based composer ANK and a few other people operating under this Sugar & Co. name. And the name, album title, and pink as hell anime girl cover fit the contents exactly: Bon Bon Appétit!! is all cute vocals over electronic disco/funk tracks.

There was a time long ago I’d have never listened to this kind of stuff, but not anymore: it’s catchy and addictive like actual sugar is, and I like it about as much. Really nice, and I’m looking forward to seeing what else comes out from ANK and the rest of them. There are a few other tracks in Muse Dash by the same group that I also like, so it seems like they’ve got more material around. I’ll also probably be listening to more future funk in general because of how relaxing I find it — I’ve already gotten a few great recommendations that I’m looking into further.

And now for the featured articles (more than usual to make up for my being too lazy to review more than two albums again, one of which is less than ten minutes long. Sorry!)

Mega Man 6 (Extra Life) — Red Metal completes his analysis of the original NES Mega Man series with his review of Mega Man 6, a game that gets maligned a whole lot but that maybe doesn’t deserve all of that hate. See Red Metal’s in-depth review for more.

Visual Novel Theater – fault (Lost to the Aether) — Another VN review from Aether, this time of fault, an episodic kinetic novel that I haven’t played. Sounds like an interesting premise, though I don’t think I’d be able to deal with the lack of an ending (at least there isn’t one yet, and it sounds like there might never be one from what Aether says.)

Exploring Miyazaki & Aoshima Island at Sunset (Resurface to Reality) — One day I’d like to visit Japan, but for now all I can do is keep reading travel posts like this one, a look at the Kyushu coast from browsercrasher.

Appreciating My Manga Collections More in a COVID-19 World (Objection Network) — Michaela reflects on the dire state of the US and the world as a whole and how it’s made her appreciate manga as a hobby. I’m all about buying physical copies too.

Fate/Grand Order Tierlist: Ranking all Caster servants! (Nep’s Gaming Paradise) — I don’t play Fate/Grand Order, but I do like what I’ve played/watched in the Type-Moon universe, so reading Neppy’s character rankings for the game is still a good time. He’s got a whole series of posts on the subject going, so be sure to check it out.

The Top 5 Animes That Made Me Want to Order Take Out (I drink and watch anime) — Anime often features food that’s incredibly detailed-looking and makes you hungry just seeing it. Irina here recommends five anime series featuring great-looking food. None of these are series you should watch if you’re fasting (also don’t watch Today’s Menu for the Emiya Family, speaking of great-looking food and the Fate series.)

The Uzuki-Chan Drama – Twitter imposing their morals on a foreign culture (A Richard Wood Text Adventure) — Having just gotten current on the anime Uzaki-chan Wants to Hang Out! I can say it’s fucking weird that this is the show of the season people decided to start fights about. Wooderon addresses the drama surrounding Uzaki-chan and the part moral and cultural superiority is playing in creating said drama, especially on Twitter.

Waifu Wednesday: Rorolina Frixell (MoeGamer) — Anyone with an interest in JRPGs that are a little out of the ordinary should be following Pete Davison’s massive series of Atelier posts covering what looks like the entire series. In this post, Pete highlights some of what’s great about Rorona, the protagonist of Atelier Rorona, one of the few in the series I’ve played so far. And I agree with his assessment — Rorona is easily one of my favorite game protagonists.

I Really Dig Disco Elysium’s Character Building (Frostilyte Writes) — Disco Elysium looks like it has a unique character creation system. I think I can easily get into the mindset of a sad drunken detective already, but Frostilyte’s post about the game got me even more interested in it.

The Plague of WordPress: AI Generated Posts (Umai Yomu Anime Blog) — Yomu delivers a warning about the rise of AI-generated nonsense posts on WordPress that are currently misusing the anime tag. We’ll have to stay one or more steps ahead of the jerks behind this garbage.

Surgeon General’s Warning: DO NOT WATCH ANIME (Mechanical Anime Reviews) — And finally, Scott delivers a warning about the effects of watching too much anime. Sadly, it came too late for me.

That’s all for this month. I have more anime reviews and a couple of game retrospectives coming up soon, but before that I’ll be taking on a couple of tag posts. Until then, stay safe as always.