Well, here’s another thing I’m doing now. As I wrote a while ago, I’ve been listening to a lot more music at work, in the car, on the train, and I felt like posting my thoughts about the more interesting stuff I hear but that I don’t necessarily want to write whole reviews on. At the same time, I wanted the chance to start highlighting some excellent articles and pieces posted by my fellow blog-writers and site administrators. So why not put these two completely unrelated ideas together in an almost-end-of-the-month post? I can’t think of a good reason not to do that, so here we go: 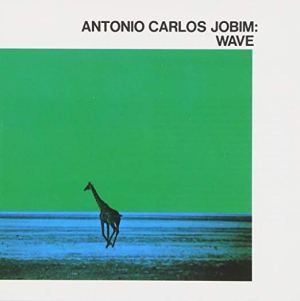 In signs that I am mentally an old man now, I’ve started putting on a lot of nice old easy listening stuff at work, especially bossa nova. This Brazilian musical movement started in the late 50s and went strong through the 60s and 70s, and even today it seems to be pretty popular. Guitarist Antonio Carlos Jobim* was one of the biggest names in bossa nova, and Wave contains some of his best-known work.  Almost the entire album is instrumental, so if you’re looking for vocals, this one isn’t for you, but I’d still recommend checking it out because it is relaxing as hell. This is less coffee house music and more drinking a mimosa on a rooftop penthouse in the summer evening music. Not something we can all do all the time, or even any of the time, but at least listening to the music puts me in a better frame of mind. A couple of tracks on Wave sound similar to each other, but there isn’t really a bad one here. 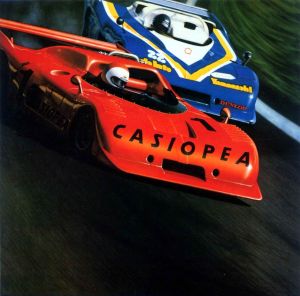 That album cover fits the contents perfectly. Casiopea’s first album is a jazz fusion punch, well-played, tight, and sometimes very fast (especially in the excellent “Space Road.”) Casiopea is a Japanese band that seems to get lumped in with guys like Yellow Magic Orchestra, being active around the same time (late 70s/80s) and with similar influences, but they do sound different. Both good, though. Casiopea is great all the way through, especially if you’re into 70s fusion with a few weird synth tones coming in occasionally that say “it’s almost the 80s but not quite yet.” Also, “Swallow” is really catchy. 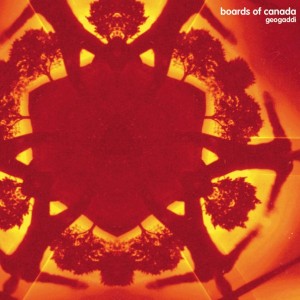 I’d always heard a lot about Boards of Canada, but I hadn’t bothered checking out any of their stuff until I put on Geogaddi last week.  This album is interesting, but definitely not relaxing.  Just the opposite.  Maybe you could call this “unsettling ambient” or something.  A lot of electronic tones, synth and drum loops, fuzzy voices in the background, but it’s not a mess; it all meshes together in a weird way.  This sounds like the soundtrack to the story of the only survivor left on a damaged space station that’s lost radio contact with the ground.  I have to be in a very particular kind of mood to get into music like this, and not a good one either, but maybe that’s just me.  I still like it, though.  Check the album out and see if I’m just crazy.

And now for this month’s featured articles:

“Anime Avatar” is not an argument — Pete Davison of MoeGamer explores the incredibly annoying trend of dismissing people out of hand on Twitter and other platforms because they have anime-themed avatars.  Pete makes an excellent argument in favor of actually reading and understanding people’s views and not judging them based purely on the 100×100 pixel jpg files they upload to their profiles.  What an idea!

[GAME REVIEW #200!!] Persona 4 — Red Metal of Extra Life passes his 200th game review milestone with an extremely thorough deep dive into one of my favorite games, and he totally does it justice.

Countdown to Halloween — I’m not doing anything special for Halloween, but if you’re looking for spooky stuff and so on, check out Irina’s great work at I drink and watch anime.  She’s writing a whole series of articles relevant both to the season and to anime and related cultural stuff.

Marvel’s Spider-Man’s Unique Take on Dramatic Irony — Aether takes on dramatic irony, a great narrative tool, and how it’s used by the game Marvel’s Spider-Man to mess with the players’ expectations in interesting ways.

Fighting Games are F@$#ing Hard — Frostilyte discusses difficulty and (in)accessibility in the fighting game genre, a subject I can really connect with because I’m shit at fighting games.

On the Topic of Trashy Anime — You all probably know I don’t mind some fanservice in my anime and games, so I can appreciate Baud Attitude’s take on anime series that some people consider low-brow.  It’s all good fun.

And that’s all for this month.  Also, in case you’re wondering: yeah, I’m still working on that first deep reads post.  It has a life of its own, growing larger and more unwieldy every day.  I feel like Dan Carlin here explaining why I haven’t posted an episode in eight months, except people actually give a shit when he doesn’t post, including me.  I need my free four-hour history podcast, damn it!  Anyway, please keep looking forward to that post, because it’s coming soon.  And happy Halloween/Samhain/whatever you like to celebrate.

*Fun anime-related fact: the three old men who show up every so often in Cowboy Bebop to complain and talk about the old days are named Antonio, Carlos, and Jobim after this guy.  No surprise, since that show is packed full of music references.