Yes, in yet another first, I’m starting my own very prestigious annual game awards ceremony!  Hell, I have as much right to do that as Geoff Keighley and his stupid Game Awards.  Do I really have any less legitimacy than they do?  (Please don’t answer that question.)

Anyway, here are the awards.  These aren’t based on what came out in 2019 but rather what I played or otherwise experienced in 2019, and also in December of 2018 because that’s really when I revived the site again, so why not.  Congratulations to the winners, who can hopefully take some comfort (or discomfort as the case may be) in their achievements.

In this bizarrely titled game, you have to attend to one Sajiko, a miniature woman taking a bath in a cappuccino by adding coffee to keep the temperature up.  You can add milk and sugar cubes to the coffee to gain points, but they lower its temperature, and if you hit the bathing girl in the face with any of them she’ll get pissed off.  The object of the game is to get as many points as possible before she gets so upset that she leaves the bath (again, she is wearing a towel, so this isn’t 18+ or anything.)

This is a strange concept for a game, but it’s a fun diversion for a few minutes.  Fellow blogger the Otaku Judge suggested down in the comments that this would make for a good mobile game, in fact, and I quite agree.  Never mind that most games will probably devolve into the player giving up on keeping the coffee hot and seeing how many times he can smack Sajiko in the face with sugar cubes/douse her with milk. At least that was my experience with it.  Now that I think of it, maybe this game actually is 18+.  All depends on how you approach it, I guess. 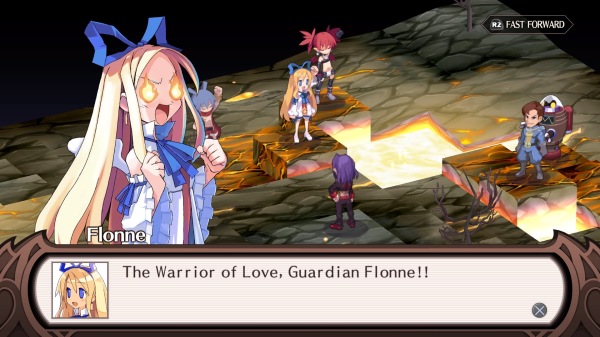 Disgaea: Hour of Darkness is an eternal classic, but it was really asking for a remaster, and 15 years after its release it got one.  I was very happy for the chance to play through Disgaea 1 again, complete with all the additions made in its mobile versions on the DS and PSP.  However, it’s hard to deny that aside from the extras and cosmetic upgrades, Disgaea 1 Complete is at its core the same game it was in 2003, which is why it gets this award.  I still highly recommend it to anyone who’s never played the original.  And hell, you can probably find it pretty cheap now, so even if you played the original you may as well get this one as well.  It probably is worth it just to have those extras, especially Etna Mode. 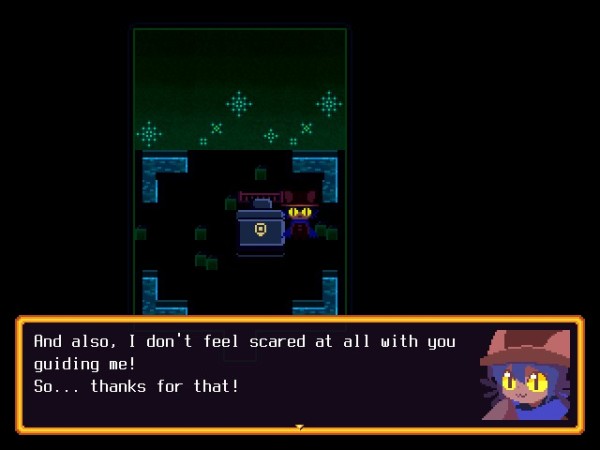 Yeah I was late to the party on this one, I know.  But out of the two fourth-wall-breaking games I played this year, OneShot made the more effective use of the mechanic by making me feel connected to a fictional character in a way few other works ever have.  I think this partly has to do with the game not keeping its central premise a secret.  You know almost from the beginning that Niko, the cat kid protagonist, knows you exist in a different world and that you have some degree of control over his actions and the world around him.  It also really helps that the writer managed to create a child character in Niko who is actually likable and not overly precocious and irritating on one hand or dumb on the other.  I still highly recommend this game to pretty much everyone.

The other fourth-wall-breaking game I played this year was good as well, so it gets an honorable mention, but the title is left out for those who don’t want to be spoiled on its central premise.  Even if everyone already knows its central premise, and they do.  You probably know what game I’m talking about anyway.  Never mind.  On to the next award: 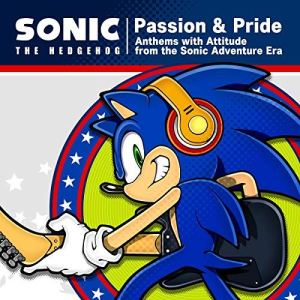 This might be the most “back-handed compliment” award ever made.  Or maybe it’s just a plain insult.  I have pretty fond memories of playing Sonic Adventure 1 and 2 way back in the day on my Dreamcast.  I know they’re not perfect games, but I still like them.

However, the music is a different story.  Some of it’s actually pretty damn good, especially the smooth jazz/pop Rouge and Amy themes that I couldn’t appreciate when I was younger because they were too “girly”.  And a part of me really likes Shadow’s theme, the part that’s still an angsty 13 year-old boy.  (In fact, I think SA2’s angsty as hell song “Supporting Me” is a great boss theme, though it’s not on this album.)  But some of this music is rough to listen to.  I hate Tails’ theme, and Knuckles’ bad rap and Sonic’s bad hair metal throwback music annoy me too.  And the lyrics, even in the songs I like, are generally pretty fucking terrible.  If I didn’t understand English, I think I’d like this album a lot better than I do.

I still like it more than I don’t, though, so congrats to all the composers and musicians, even on the lousy songs. 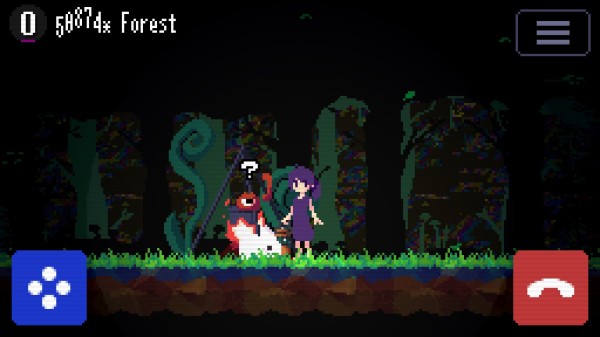 Okay, so this game didn’t have any competition in its category.  However, it still deserves an award for its unique and interesting gameplay and for the creepy, oppressive atmosphere it created.  Not that it’s really a horror game at all — it’s more of a psychological exploration puzzle game.  Strange Telephone barely gives you any hints and throws you into the deep end to let you figure out how to get Jill and her magical flying telephone back to her world, and that’s just the sort of thing I like.  Congratulations to the developer yuuta for making something different that worked.

There was only one game I played in 2019 that truly qualified for this prize, and so it won: Senran Kagura Estival Versus is a masterpiece of physics. Lots of bounce in this game, even in the above screen if I could have posted it animated. I suppose I could have made a gif, but that’s too much effort. Just play the game yourself and you can make Yumi and her friends and rivals bounce as much as you want. Unless you’re playing as Mirai, of course. But Mirai brings that “short angry pettanko” appeal that every series needs; see also Cordelia from the Atelier Arland games.

And speaking of angry pettankos, here’s the most important award of all:

Asano is the most bullied character in a game I played last year or possibly any year.  Not that she’s alone in getting that kind of treatment — most every character in the apocalypse summer sex comedy visual novel Our World Is Ended is made fun of, both by the other characters and by the game itself.  But Asano really gets it bad.  She’s a terrible cook, a tone-deaf musician who thinks everyone loves her singing, and a lousy drunk who responds to the slightest provocation with violence.  She has an almost flat chest, a fact that she can’t help but that she gets made fun of for anyway.  And she has some extremely socially unacceptable interests, to put it politely.  She’s a complete wreck.  She could also be the mascot of this site, because I’m a complete wreck too.  So she gets her deserved recognition today.

(None of that’s counting her many good qualities, which you can discover if you play Our World Is Ended.  I’ll also give honors to Asano’s voice actress Eri Kitamura, a professional singer who had to force herself to sing incredibly badly and also record a bunch of lines spoken in drunk.  I don’t know much of anything about voice acting, but I thought Kitamura did an excellent job, so congrats to her as well.)

And that does it for the First Annual Everything is Bad for You Awards.  Will there be a Second Annual next year?  That depends on whether I get a minute away from work to play any games this year.  I certainly hope I do.

And now that we’re done with the big retrospective, we can look forward to 2020.  I never like to make solid plans, but I do have a few projects I’m working on, including two sets of posts about two of my favorite game series, one of which I wrote about above (points if you can guess which one, though I suppose it won’t come as a big surprise when I start it.)  I’m finding I like doing these kinds of deep-dive commentaries, even if they take a god damn eternity to write.  But I do have a few of these epic-length analysis articles mostly written up already in very rough forms, and a few more outlines for others that I think would be interesting.  If you liked my treatment of Kaiji back in November I hope you’ll like these posts as well, because they’re panning out to be just as obsessive as that one was.

Aside from continuing that deep reads series of posts along with maybe a few basic game retrospectives, I don’t have any particular plans, which is my usual approach.  If I get an idea, I’ll try to make a post out of it and hope it’s entertaining, or at least not irredeemably stupid.  Until next time, I hope your return to work from the holidays isn’t too painful (or if you also worked through the holidays, well, I hope you can take a vacation soon.)