It’s back to San Teresa for another episode of Cop Craft.  A warning to car lovers: this one might be hard for you to watch. 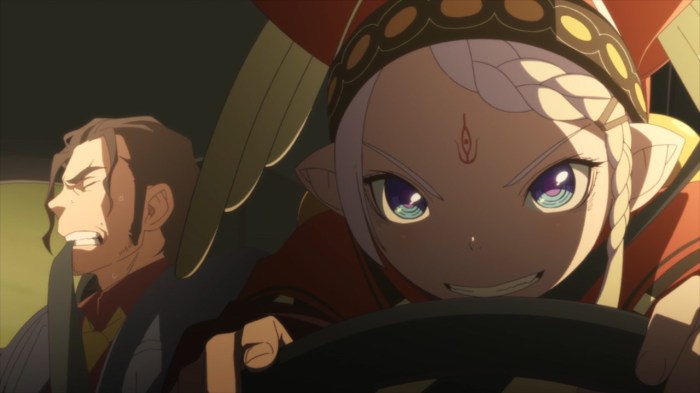 Tilarna feels the need for speed, but it doesn’t end well 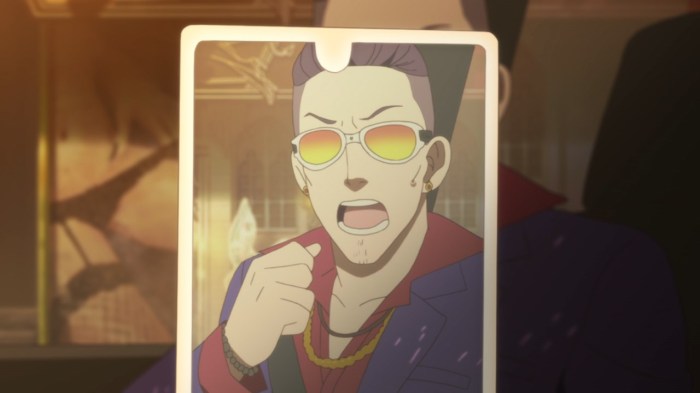 Tony is by far the best undercover cop we’ve seen so far — he plays a great mob dude.

The sting goes badly, and Kei and Tilarna end up having to chase down yet another criminal who takes Tony hostage and drives away.  Kei is temporarily blinded by a gunshot that grazes his face, so Tilarna takes the wheel and drives his car into the criminal’s car at a high speed, wrecking both but somehow not killing or badly injuring anyone.  Except for Kei’s new car, which bursts into flames.  Kei is naturally upset, but by the end of the episode he forgives Tilarna.  There’s also a b-plot where Kei is trying to get Tilarna her own place so she can get the fuck out of his house and stop freeloading, but she ends up just converting one of his rooms into her bedroom without him realizing and plants her ass there, and he accepts that too, somehow.

So all’s well that ends well?  I guess? 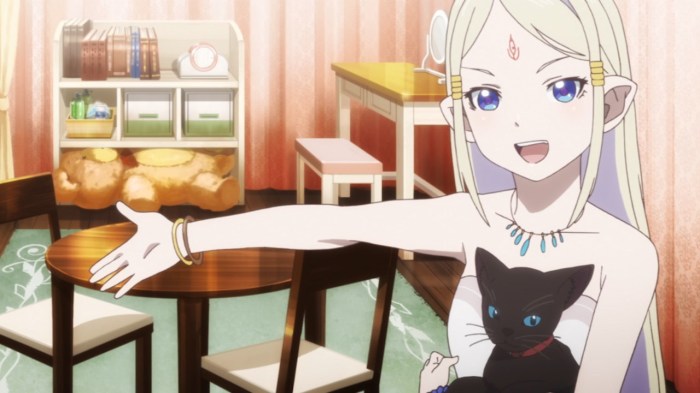 The episode does have a kind of happy ending if you ignore all the property damage.

Analysis: The more this series gets into the Kei/Tilarna dynamic, the more I like it.  This episode, Kei really did prove himself a softie by forgiving Tilarna for wrecking two of his cars and for secretly orchestrating a fait accompli where she wouldn’t have to move out of his place.  This is maybe sort of explained by Cecil while she’s giving Tilarna her first driving lesson — Kei had a younger sister who died ten years ago, and Cecil thinks he sees some of her in Tilarna.  The dead little sister thing feels a little lazy as a way to explain why Kei was so forgiving of Tilarna’s recklessness this episode, but at least they gave us some reason for it beyond “she’s a main character and a cute girl, so he has to forgive her.”

To be fair, the episode starts with Kei driving in a psychotic manner with Tilarna in the passenger’s seat, so she really learned reckless driving from him.

There was also some development of side characters, namely Tony.  It turns out that he’s quite a pure-hearted guy who believes in true love, which makes it all the harder for him to put on a tough mob guy act and talk about women like they’re objects (also the fact that he’s gay, but that seems like more of an incidental thing in this show.)  But he’s a pro, so he does it anyway.  The angry police sergeant character Zimmer also has a nice moment in the show where he again proves that he’s a stand-up guy who’s willing to look out for his officers even while he chews them out for being reckless idiots.

Despite everything that’s happened so far between them, though, Tilarna and Kei don’t seem to want to part ways.  Tilarna went through the trouble of setting up her own room in Kei’s house without him knowing somehow.  And while Kei made a big show of trying to get Tilarna out of his place, he folded way too quickly when she told him she was staying with him for good.  It’s not like there was ever any chance she would have moved out — there are still too many Odd Couple style jokes to use with the two of them.  And if they’re going for the romance angle they hinted at this episode, it’s easier if they already live together.

This episode was a big tonal shift from the last one, and I expect the show will go back to being darker (hopefully not literally darker, though; I could barely see some of ep 5.)  Until next time, stay (and drive) safe.