A review of Persona 5 (or, why I’ve been away for the past two months) 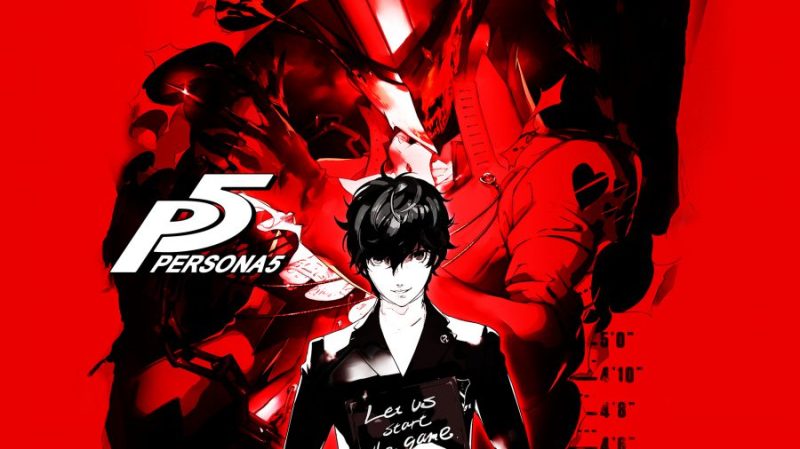 For those wondering why I’ve been neglecting my writing duties lately, here’s the reason. Also, I don’t have any duty to write here; it’s not like I’m on a schedule or have a Patreon account set up or anything like that. If you, dear reader, want to pay me to write here or anywhere else for that matter, send me an email and we can make some arrangements.

Anyway, my life has been fully occupied between working and playing Persona 5 since I got my preorder on April 4. It’s honestly a stupid idea to write a review of Persona 5 – if you’re reading this, you already know it’s good, and you probably know that I loved it. The game has been showered with praise from every corner. This is exactly the reason why I’m not going to bother writing a review of NieR: Automata – nobody needs it. But since life itself is ultimately futile and pointless, why not throw one more review onto the pile?

Persona 5 is without a doubt my favorite out of the Persona games, not counting Persona and the two Persona 2 titles that I didn’t play aside from the first ten hours of Innocent Sin.* While I loved Persona 3 and 4 and really, extremely loved Persona 4 Golden, Persona 5 is better than all of them in every way. If I bothered to rate games I’d have to give this one a 10/10 and reassign P4 Golden to 9.9/10 or something. See, though, this is one of the reasons why I don’t give out ratings to games. People can accuse me of not being reader-friendly on this site, but nobody can accuse me of being inconsistent.

If you’ve been in solitary confinement or a monastery without internet access for the last few months, here’s the basic plot to Persona 5: your high school-aged silent protagonist character tries to help a woman escape from a creepy, gropy drunk guy. However, protagonist ends up accidentally injuring the assaulter in the process. It turns out that Drunky is a man with influence and has clout with local police because you are unjustly convicted of assault and placed on probation, and for some reason you’re forced to move from your small town to a seedy-looking Tokyo neighborhood as a condition of your probation. Your new guardian sets you up in the attic of the coffee shop he runs and warns you not to screw up or else you’ll be sent to serve the rest of your probation in juvenile hall. Then all the typical Persona stuff happens (go to the Velvet Room, learn about impending disaster, enter a dream world where you fight monsters while also attending high school during the day, date a bunch of cute girls at the same time, etc.) 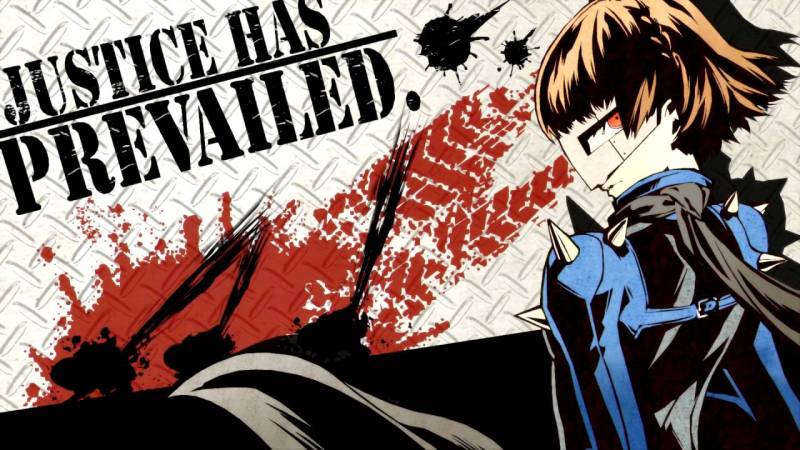 Makoto is best girl, just in case you were wondering.

I don’t want to spoil too much about Persona 5, because it’s worth playing completely 100% blind. However, if you don’t mind minor spoilers, proceed below to see my reasons, in no real order, why I think this game is better than the preceding Persona games and why you might considering playing it even if you didn’t like P3 or P4.

This one is admittedly subjective, but I felt more engaged by the plot of Persona 5 than those of 3 and 4. The Phantom Thieves administering justice to wrongdoers by stealing their evil desires and forcing them to confess their crimes was great fun to watch. And the theme of abuse of power than ran through the game made it more compelling.

Another subjective point, but this is the best Persona soundtrack yet. It’s a lot heavier on the jazz with some rock and 70s funk/RnB (?) mixed in, and I just prefer that to the styles of music used in 3 and 4. I never once got tired of “Last Surprise”, the normal battle theme that plays over 1,000 times every playthrough, even though I should have. Meanwhile I never want to hear “BABY BABY BABY BABY BABY BABY BABY” ever again.

I still really like “Time to Make History” though.

I am completely serious

In Persona 3 and 4, the protagonists got to try dating their choice of a whole set of various classmates (including a robot girl in Persona 3 FES.) In Persona 5, the protagonist can also date several of his classmates, but he can also start a romantic relationship with his homeroom teacher. Yes, this is really an option they included in the game. Ms. Kawakami seems to be only about 10 or 12 years older than the protagonist, but since the protagonist is 16, that’s a pretty serious age gap. I don’t know if Japanese consent laws are that different from American ones, but I imagine she’d be in trouble with the law or at the very least lose her job if anyone ever found out about her relationship with a student.**

The protagonist can also charm his way into a relationship with a few other adult women in Persona 5, including a doctor, a fortune teller, and an alcoholic journalist. I don’t know if all of the above makes P5 better than 3 or 4, but it does make it more interesting, doesn’t it?

Every mainline SMT game takes place in Tokyo. So does Persona 5. P5 also contains demon negotiation like those games – unlike P3 and P4, which featured bizarre shadow monsters as enemies, P5 lets you fight the actual SMT demons and recruit them when you hit their weakness or crit them, complete with the weird human/demon conversations you’ve come to expect from those games. It’s more or less Shin Megami Tensei V disguised as a Persona game. All it’s missing is the Law/Chaos alignment system.

Okay, this one is a real stretch. It seems like the actual Shin Megami Tensei V is coming out on the Switch, though it hasn’t been officially titled yet. My point is that Persona 5 feels a lot more like a mainline SMT game than any other spinoff in the series I’ve played, and I think that’s a good thing.

Those are all the spoilers you’re getting. If you haven’t played Persona 5, for God’s sake go and play it. Unless you really hate turn-based JRPGs. In which case what the hell are you doing reading this site? 𒀭

* Persona 2: Innocent Sin isn’t bad by any means, but I found that it was really hard to get used to the wonky battle setup and weird fusion system after playing P3 and P4. I was also attending school at the time, so my attention was already mostly on my studies. I know people who swear by Persona 2, though, so I might still return to it someday.

** There is absolutely no way in hell Atlus would put this particular social link in the game if the protagonist and Kawakami’s genders were reversed. Not that I advocate this kind of relationship no matter what the particular gender setup happens to be, but the double standard is still worth mentioning.

Edit (8/23/18): I wrote this piece when I wasn’t so useless and despondent as I am now.  I still think Persona 5 is a great game, but Persona 3 definitely beats it out as far as having realistic characters goes (take Yukari, for instance, who is incredibly irritating for the first half of the game.)  Even Persona 4 does a little better, with an antagonist who has an honestly pretty realistic motivation for doing what he does.  I also don’t really know what I meant by this game being Shin Megami Tensei V.  It’s pretty obvious that Shin Megami Tensei V is going to be Shin Megami Tensei V.  Even with the demon negotiation stuff in Persona 5, Persona and SMT are extremely different in tone and mechanics despite being both under the Megami Tensei umbrella.

Finally, not so sure about Makoto being best girl anymore – now I think it’s got to be Futaba.  But Makoto is still high up on the list.

4 thoughts on “A review of Persona 5 (or, why I’ve been away for the past two months)”